3 Insights for Leaders in Today’s Culture 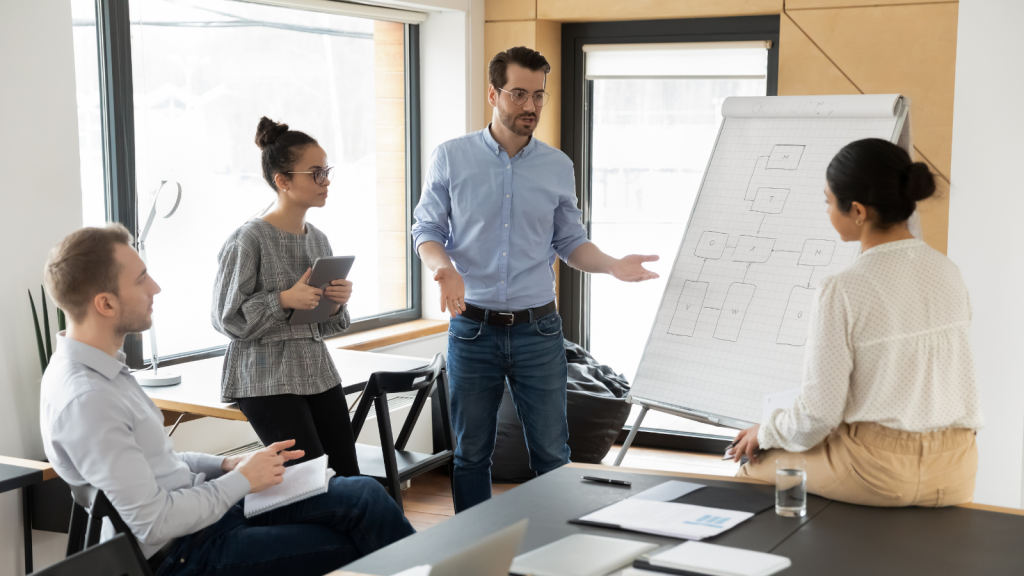 Executive presence is the collection of skills and traits that allows leaders to lead others in order to become successful. It is intuitive and can be difficult to pin down, but you will know it once you see it or feel it. This is a main focus of my executive coaching practice. And what I’m seeing in remote work environments and hybrid work environments, is that executive presence is falling by the wayside.

I focus on executive presence because those who master it demonstrate the cream of the crop leadership traits. They can easily take control of difficult, unpredictable situations, make tough, unpopular decisions, and stand by them. Also, leaders with executive presence have the confidence to hold their own with other talented and strong-willed people.

Aside from a leader’s skills and traits, one factor that also makes his or her executive presence more palpable and apparent is how he or she carries themself.

I see companies having a more horizontal structure in their organization. Employees are increasingly more casual with their leaders. There’s nothing wrong with that. However, despite the casual company culture, leaders must still demonstrate authority in their style and behavior. It actually helps if they appear in formal wear instead of showing up in a T-shirt. Leaders can’t show up in a hoodie unless it’s the company’s culture, and it’s been the company culture. Always think about how you want to project your presence.

As a leader, people look up to you for stability, which means you have to be mindful of your words and what you say. You must not make promises about things that haven’t happened yet. Otherwise, you might gain short, temporary support but lose credibility and decrease your team’s morale in the long run.

For me, settling conflicts is one of the most important skills a leader must have. It involves two skills: decision-making and negotiation.

When it comes to decision-making, leaders are expected to make the right decisions even though these decisions can really be unpopular. As a leader, you have to be willing to sit in the 🔥fire🔥 and be uncomfortable.

Lately, I’ve seen leaders leaning toward consensus when it’s the wrong strategy. I’m all for collaboration, but I’m not all for consensus when it undermines a leader’s authority. What I see happening is that leaders leave their decisions to other people. While they think it’s promoting inclusiveness or empowerment, in reality, what they’re projecting is wishy-washiness and their resistance to taking risk, or that you’d rather pass off the hard decision and so you’re not seen as unpopular.

You really have to be mindful of what’s happening in the room – what’s happening when it comes to conflict and how you might be undermining your leadership, your authority. Conflict management is not limited to taking tough company actions. It also requires the skill to settle conflicts among employees.

Recently, I’ve seen leaders creating soft solutions around a difficult person. I don’t see the merit in that. Rather than dealing with that person directly, they’ll just take them off a project and put them somewhere else rather than deliver the hard feedback they need to understand what’s really going on. This choice can be a real detriment to your team, and again, it presents an optic that you’re not willing to make hard decisions and deal with difficult situations. And as a leader, that’s your job!

No one likes to deal with conflicts. I get that. But as a leader, there’s no use prolonging the inevitable. “Out of mind, out of sight” doesn’t apply here. Do not wait until the situation has become so toxic that your team starts to feel disempowered and pissed off. That’s really the wrong place you want to be as a leader. By then, you will have a lot of repairing to do, and you’ve already lost your credibility as a leader.

We often hear the saying, “What got you here won’t get you there.” This is a phrase that I use a lot with leaders. It’s also the title of a book by Marshall Goldsmith, and it’s a really important to take it literally as you get promoted.

I’m not talking about a promotion from Manager to Director. I’m talking about from Director to Vice President. I’m seeing a lot of challenges there right now, and I think it’s directly related to being remote.

What’s happening is that you’re still hung up on your tasks as a Director when, as a VP, you have to focus on the bigger picture, delegation and holding people accountable. While Directors focus on the details, VPs focus on the organization. You cannot continue doing the job the way you did before. It got you here. But it will be a barrier to your success.

Also, to delegate at that higher level, you have to communicate the level of information you need and trust your team to provide it.

Being a leader requires demonstrating the right skills at the right moment, and the confidence to take action while trusting your instincts.

Click the red SUBSCRIBE button at the top of the page to join my private list to receive key insights and information that will help you achieve your leadership goals.